This review will be in English for a change, because I got the novel from the english site of NetGalley for free and want to post my review on there, too – and I don’t feel like writing it two times. :D 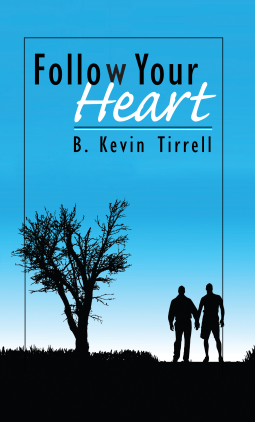 I was able to read this book as a review copy, thanks to NetGalley, The Langdon Street Press and the author B. Kevin Tirrell.

„Rusty Jackson spent years crafting the perfect life with his high school sweetheart, Jenny; his own construction company, and a house he built with his bare hands. When an oddly intriguing police officer named Jason Lane shows up bearing tragic news, Rusty’s world is turned upside down. Months later when he encounters Jason again, both men find themselves in a surprisingly different spot. While Rusty doesn’t fully understand his attraction, and Jason fears falling for a confused straight guy, they play an electrifying game of push and pull, hoping to find their way to happily ever after. When they run into a family foe in Las Vegas, Rusty’s confidence is tested. Can Rusty wrestle down his insecurities for Jason or are some habits too powerful to break?“

Yes, it is just one more love story, but it has some depth in it – several problems occurring due to the fact that the two main characters falling in love are both men and have very different experiences with this and their ways of handling it differ very much as well.

I liked the novel – you don’t have characters as amazing as here that often. They are both really well written, so real and vivid and so lovable. But not only the two main characters – they both have a very good friend (one female, one male) and we get to know them as well. I found it very interesting to have one character who is fully confident in being gay and one who isn’t aware of his attraction to men at all.

The story is completely cute and I was so emotionally engaged that I missed my bus stop not once, but twice. Oops. But still there were some things bothering me – firstly, it partly felt a bit like… fanfiction? I don’t know how to describe it, but the niveau of the writing wasn’t the highest all the time. I mean, it was very well written, but at some points…

Then of course the story wasn’t something groundbreaking, but I could have lived with that. But than we have that sort of love triangle thing? Rusty’s best friend has been in love with him for, like, forever, and I really felt that to be unnecessary and annoying, eventhough I really liked her.

And another thing that really bothered me – when Rusty or other characters start to speak or think about his romantic/sexual orientation, they started to say that yes, he probably is gay. But. Before the novel starts he was married to a woman and they all mention like a thousand times that he really truly loved her. So for heaven’s sake, no, he is not gay! He might be bisexual or pansexual or whatever, but no, he is not gay, otherwise he wouldn’t have been able to fall in love with a woman. This might seem to be a minor critic point, but it really bothered me and I think that this representation and clarification is really important. And there was some missing logic because of this later on.

Conclusion: A very cute and nice story, amazing characters, very emotional engaging, interesting, but had a very unnecessary love triangle thing, had some mistakes and sometimes felt a bit not-so-well-written.